Hypnobirthing has since been used by women all over the world with amazing, and scientifically-based results.

The Benefits of the HypnoBirthing course include an easy, more natural free from pain and fear.  Many women who have completed HypnoBirthing Classes have experienced drug free births, and even ones free of any pain or discomfort. 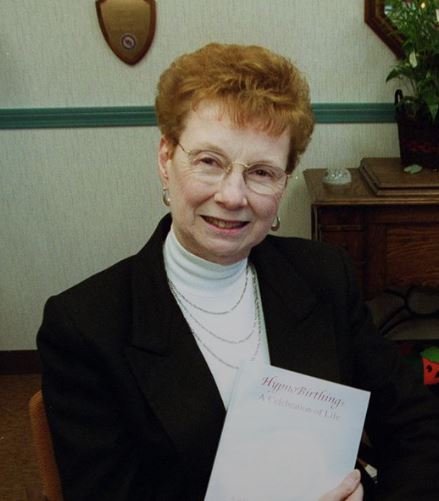 After Marie had her first child in the 1950’s, Marie realised that the archaic birthing system in place at the time, was broken.

She had been forced to have pain anaesthesia during her first two labours, by way of force, when she was held her down with leather straps and had an ether cone placed on her face.

After this traumatic experience, Marie spent a lot of time preparing for a drug-free birth.  She intuitively sought a calmer birth experience.

She developed the initial ideas for HypnoBirthing from Obstetricians; Grantly Dick-Reads and Dr. Jonathan Dye, of Buffalo, New York who had both studied and written comprehensively about natural birthing.

The idea behind HypnoBirthing

It was when Marie was pregnant with her third child (Maura) in 1959, that Marie finally experienced a drug-free birth.

For Marie and her husband, it was a dream come true for her, and a magical birth experience.  She claimed it was “the most beautiful birth that I could have imagined.”

She had hand-selected the OB who would allow her to birth without drugs, but also one who had agreed to allow her husband to be by her side.  This was quite unheard of at the time.  Husbands usually waited outside or at home.

She then went on to deliver her fourth child the same way, and it was just as “spectacular,” she said.

Since then, it was Marie’s dream to share her knowledge of birthing.

After all, she had a notion that women had been birthing for thousands of years.  Why was it now considered normal to be feared and traumatic for women?

Marie Mongan, went on to become a certified hypnotherapist.  Although hypnosis had been used in obstetrics for for more than a century, it had not been widely studied as a tool for childbirth.

She taught techniques to Maura and her pregnant friends using hypnosis, positive birth affirmations, visualizations and meditation to ease the pain of childbirth naturally.

As word began spreading in the early 90’s, Ms. Mongan soon began receiving requests to train not only parents but also nurses, doulas and hypnotherapists.

Since then, Film star Jessica Alba and Royal Kate Middleton have used HypnoBirthing techniques to birth their children with amazing results.

Sadly, in 2019, Marie died at age 86.  Surrounded by her family after complications of Sjogren’s syndrome an autoimmune condition.

It is Maries legacy we have to thank for changing the birthing system.  For showing women there is another way.  And slowly bit by bit our HypnoBirthing instructors are paving the way for a new birth story.

“My Dream Is That Every Woman, Everywhere, Will Know The Joy Of A Truly Safe, Comfortable, and Satisfying Birthing For Herself And Her Baby”

If you would like to know more about Sakinah Birth and HypnoBirthing classes, Jihan, our certified HypnoBirthing Childbirth Educator is happy to talk with you and answer any questions.

No cost or obligation is involved.